You may have seen this news item in the Somerset County Gazette on 6th September, we have been given permission to repeat it on our website.

PEOPLE are being warned by Taunton Deane’s Mayor of the dangers of too much sun – even in England. 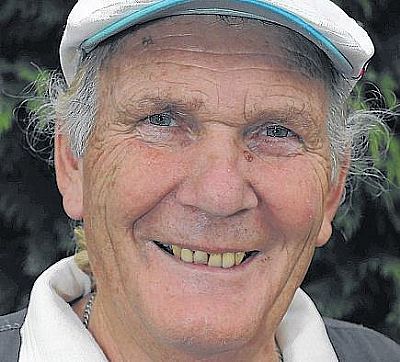 Dave Durdan (pictured) has undergone surgery to remove cancerous growths from his ear and forehead, years after similar operations on his arm and back.

“It was caused by exposure to the sun when I was in the building trade back in the 60s,” said Mr Durdan.

“Everybody was saying then that the sun’s good for you.

“But just because it’s England, you still have to take care.

“If I had my time again, I’d put sun cream on and I never take my shirt off outside now.”

Mr Durdan praised the treatment he received in the day centre at Taunton’s Musgrove Park Hospital as ‘first class’.

We have been asked how the work of SURE and its supporters has benefited the treatment of skin cancers at The Beacon Centre.

The main types of skin cancer treated at The Beacon Centre are:

1. Basal cell carcinoma (BCC) - the much less aggressive form of skin cancer related to sunlight exposure. Many of these are quite small and will be treated on the SURE provided superficial x-ray unit. Some lesions which are a little thicker need higher energy radiation and may require an electron beam on an accelerator. However most cases have an individual lead mask or end frame made to reduce the dose to normal tissue. These accessories are made in the SURE Mould Room.

2. Squamous cell carcinoma - these tumours tend to be quite thick and are usually treated on an accelerator but often need a lead mask making. These tumours sometimes spread to lymph nodes meaning the treated volumes can be large enough to use IMRT and of course SURE bought the software to facilitate IMRT planning.

3. Melanoma - is not generally responsive to radiation so primary treatments tend to be surgery and chemotherapy. When radiotherapy is used, it tends to be with palliative intent, usually using a linear accelerator.

The Beacon Centre occasionally treat some lymphomas of the skin and these are treated in a similar manner to BCC.

In all these cases, surgery and or chemotherapy may be used as well or in place of Radiotherapy.