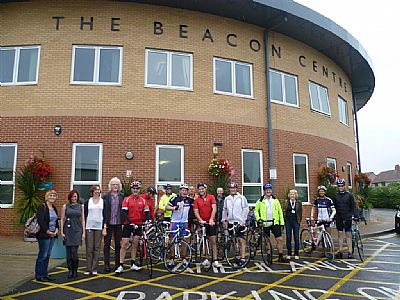 Each cyclist was sponsored and the event was held in support of S.U.R.E. and is expected to raise a significant amount. The event is part of the Hinkley Point A decision to choose S.U.R.E. as there charity of the year.

The cyclists had a gruelling ride across the hills to Taunton through the heaviest rain we have seen for weeks. They arrived very wet and the photos had to be taken very quickly to prevent the cyclists getting too cold before cycling back to Hinkley Point.

In the photos are members of the S.U.R.E. committe and the Beacon Centre as well as the cyclists. 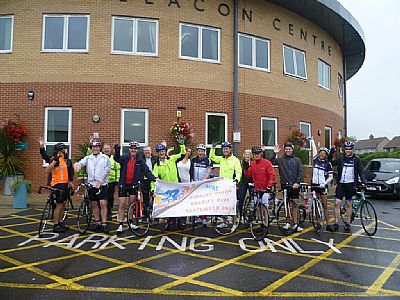