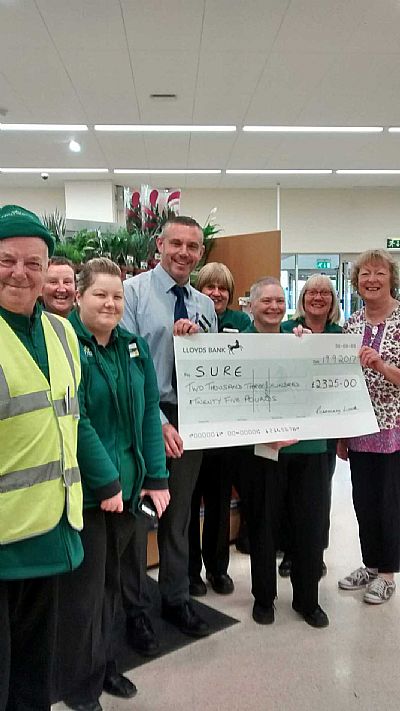 On 21st August Rosemary Lock shaved her head, to raise funds for SURE, in Morrison's in Bridgwater, where Rosemary works.

Rosemary and her colleagues also held a Tombola and Spinning in the store to raise funds.

The photo shows Rosemary, Morrisons manager Paul O'Brian and some colleagues presenting a cheque for £2,325 to Carole Summerfield of SURE.

Many thanks to Rosemary and her colleagues at Morrison's for their support.